On the first of each month,
a guest writer
shares
how he or she spends the day. 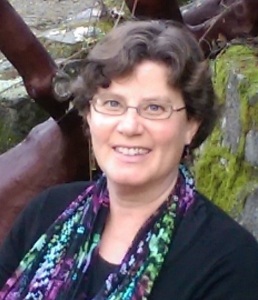 Back in the summer of 1999, I met Sarah Stone. We were both in Elizabeth McCracken’s class at the Napa Valley Writer’s Conference. Less than three years after that, her novel, The True Sources of the Nile, was published. It was a BookSense 76 selection, has been translated into German and Dutch, and was included in Geoff Wisner’s A Basket of Leaves: 99 Books That Capture the Spirit of Africa.

How she says so much so simply: 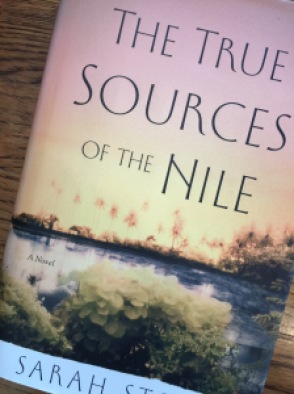 This paragraph on place: Notice how wonderfully subjective the following paragraph is. And notice its movement–from the color around Anna, to the trees, to the roads, to the continent, to its history, back to the leaves on the trees, the colors again, the trucks on the road, and finally the man beside her. Coming as it does on page 3 of the novel, it places the reader–quickly and simply.

The earth was unbearably red. Banana trees, jacaranda, and papayas crowded the mud-streaked, potholed roads, luscious and terrible. The saddest place in the world, this piece of central Africa, site of a terrible history—German and Belgian colonization, the breaking of Ruanda-Urundi into two countries: Rwanda and Burundi. Coup after coup. And, most of all, the struggles between Tutsi and Hutu: power grabs, betrayals, death, people fleeing to Zaire. But Burundi felt more and more like home to me. The leaves and blossoms shone jade, emerald, rose, and vermilion against silver and ebony trunks. I inhaled the smells of wet earth, of diesel fuel from the truck rumbling past, of Jean-Pierre beside me, sharp and familiar. He was sweating, and the smell of his skin aroused me, uselessly.

The ending: The end of the main story line occurs two scenes shy of the end of the book, which closes with an end to the subplot that focuses on an object, a detail.

What Sarah says about the main character: From her interview at Why There Are Words, “The most difficult character for me to invent was actually Anne, the narrator, so stubbornly naïve, so ferociously in love that, although she’s always looking at Jean-Pierre, at Burundi, she doesn’t see them, any more than she sees her own family. In that way she’s an unreliable narrator – not that she lies to the reader, except insofar as she’s lying to herself. Still, I was asking the reader to see around her, to see what she doesn’t. And though a few characters call her on her illusions, they’re not exactly fully trustworthy themselves.”

What  Sarah writes in the Acknowledgments: how she places the novel.

No attempt to understand what happened and what it means, what provokes and continues the cycles of killing, is useful for the dead. But it is a human urge to cut a gravestone, out of whatever materials we have.

You can find links to two of Sarah’s new stories on her website. She writes often for the The Writer’s Chronicle–her most recent essay came out in the September 2015 issue and was titled, “The Pleasures of Hell.” This essay compares the dark (but not bleak) hells of Dante’s Inferno,  Chimamanda Ngozi Adichie’s Half of a Yellow Sun, and Hilary Mantel’s Beyond Black. Sarah teaches at the MFA Program for Writers at Warren Wilson College. She is the co-author (along with her spouse Ron Nyren) of Deepening Fiction: A Practical Guide for Intermediate and Advanced Writers.

All of that as you might expect. Now for the part you’re not expecting, straight from her website:

She has also studied acting, various forms of dance, improv, playwriting, and the games and techniques of Augusto Boal’s Theater of the Oppressed. She’s worked as a psychiatric aide in a locked facility, a graveyard-shift waitress in a chain restaurant, an office worker in an apparently haunted massage/bodywork school in the Santa Cruz mountains, and as a faculty member in, and sometimes co-director of, the MFA program in Writing and Consciousness, formerly at New College of California, now at the California Institute of Integral Studies.

And currently, Sarah is at work on a trilogy of novels about political theater, family life, animals, ghosts, addictions, and hunger.

Come back on DECEMBER 1st to read how SARAH STONE spends her days.