by Cynthia Newberry Martin | Apr 24, 2015 | about the current writer, essays, How We Spend Our Days, memoir, poetry, stories | 0 comments

On the first of each month, a guest writer shares how he or she spends the day. 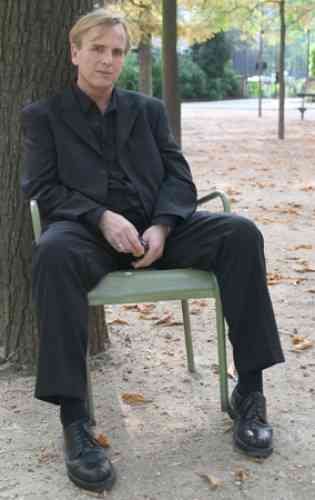 There are certain people you cannot help but love–big-hearted souls who make room for each person they meet. I met Richard when he was teaching at VCFA, and I later worked with him on a craft essay he wrote for Hunger Mountain, “A Prose Writer Reads a Few Poems.”

His book Mother of Sorrows, which took seventeen years to write, was published in 2005. I know this excerpt is long, but I can’t not include every word of it.

Because beauty’s source was longing, it was infused with romantic sorrow; because beauty was defined as ‘feminine’ and therefore as ‘other,’ it became hopelessly confused with my mother: Mother, who quickly sorted through new batches of photographs, throwing unflattering shots of herself directly into the fire before they could be seen. Mother, who dramatized herself, telling us and our playmates, “My name is Maria Dolores; in Spanish, that means ‘Mother of Sorrows.'” Mother, who had once wished to be a writer and who said, looking up briefly from whatever she was reading, “Books are my best friends.” Mother, who read aloud from Whitman’s Leaves of Grass and O’Neill’s Long Day’s Journey into Night with a voice so grave I could not tell the difference between them. Mother, who lifted cut-glass vases and antique clocks from her obsessively dusted curio shelves to ask, “If this could talk, what story would it tell?”

Mother of Sorrows is about a boy’s childhood and an ode to his mother, and it’s narrated by the adult child with details of multicolored crinoline slips, yellow curtains, and coffee cakes made from Bisquick, brown sugar, and margarine. I loved it when I read it in 2011. I reread half of it as I looked through it to write this introduction.

The front of the book calls it fiction, but the words rise up out of truth and are so interwoven with it, I mistakenly call it memoir half the time. No one calls the narrator by name, nor does he refer to himself by name. Wiggle room? But Richard is clear: “There’s too much that’s invented and too much omitted for it to be called a memoir.”

The back of the book calls it “interwoven stories,” but some have called it a novel. You’ll find ten stories/chapters with these visual titles: Crepe de Chine; My Mother’s Clothes: The School of Beauty and Shame; Dream House; The Diarist; Snapshots of the Visible Man; Some Threads Through the Medina; Fugitive Light, Old Photos; Eduardo’s Hair; My Brother in the Basement; and The Universe, Concealed.

In The Diarist, after an incident that happens when the narrator is eleven:

For the first time, I wanted to write something down, something true, even if I had no idea what words I’d one day use in doing so.

Mother of Sorrows won the 2005 John C. Zacharis First Book Award, was the 2006 ALA Stonewall Honor Book, and was a 2006 Pen/Robert Bingham Award Finalist. In 1994, Richard’s Ghost Letters, a collection of poems, was published, winning the 1994 Beatrice Hawley Award, the 1995 Capricorn Poetry Award, and it was a 1995 Lambda Literary Award Finalist.

Richard is currently working on a memoir, The Resurrectionist, about his relationship to illness and mortality as a liver transplant recipient.

And oh yeah, Richard used to live in Provincetown and will be teaching this summer at the Fine Arts Work Center, but his class, “Life Stories, Real and Imagined,” is already full.

Come back on MAY 1st to read how RICHARD MCCANN spends his days.