How We Spend Our Days: Josh Weil

Annie Dillard wrote, “How we spend our days is, of course, how we spend our lives.” On the first of each month, Catching Days hosts a guest writer in the series, “How We Spend Our Days.” Today, please welcome writer Josh Weil. 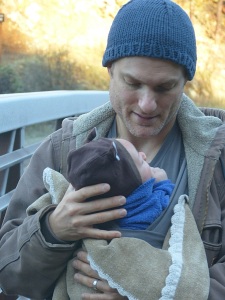 I wake while it’s still dark, the way I have now for nearly twenty years, but today, these days, why I wake is different.

Up until a couple years ago, wherever I was it was always the same: In the slowly collapsing shack I rented in Mississippi, the one that smelled of a century of deep south damp built up beneath the paint, I’d lie on the airbed a friend had loaned me and, listening to the dogs start up somewhere in town, go through the stretches for my back. Eight years ago, in Egypt, I blew it out, bad, and ever since I start my morning pushing and pulling my body in ways that open the sluices, loose the pain. In a village in the Western Desert along lake Qarun I’d do my stretches with the light of the moon still coming through the mosquito net above my mattress. In the cabin in Virginia that, for most for my writing life has been my true home, I’d lie up in the attic with my back arched, looking out the window at the valley just starting to show itself through the mist, maybe a truck’s headlights wending their way down the darkness of the far-off ridge. Then I’d climb down the ladder, or out from under the mosquito net, or up off the groaning airbed, and go to work. I’ve always liked to start before light, to sit down at my desk while the world still seems asleep around me, before my mind starts to remember all the clutter of the coming day, of everything that is life outside of writing. It’s become a need, a crutch, a superstition, call it what you will. I have a lot of them: the mug my brother gave me when I was attempting to write my first real book; the wool army blanket that goes over my knees, heavy, locking me down in my seat; the sweatshirt hood that blacks out everything but my view of the screen (in Egypt, I wrote with a thin scarf wound around my face: the hoodie, Bedouin-style); the thermos of coffee; the other thermos of plain hot water; the toast I make as a reward some two or three hours into writing—just one slice, the second saved for when I need a break another few hours in. Ever since my early twenties these things have been as important to the start of my days as my need to be at the desk while it’s still dark. 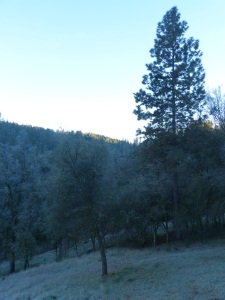 The view from our deck, morning sunlight hitting the top of the far ridge.

But today what woke me was my son’s squalling. He’s five and a half weeks old and I’m used to it. I’ve made my peace with it (remember, Jen says, we chose to do this)—but not with what it’s done to my writing. Each morning, I wind up clawing my way into another hour of sleep, wake with the sun already up, the dawn long-gone, my return to writing delayed yet another day.

Until this morning. Maybe it was because I knew I’d be typing this up and the shame of describing a day that didn’t include some kind of stab at actual writing spurred me to it. Maybe because, last night—determined to hold out long enough to let my wife get a few hours sleep—I stayed up till one am, bouncing for four hours straight on a big blue exercise ball, Cody sleeping in the crook of one cradling arm, my other hand holding Bret Anthony Johnston’s novel, Remember Me Like This. Maybe it’s because that book is so damn good, because, scene after scene, it made me remember what I love about writing. Whatever it was, I said to hell with the fact that the sky was already brightening, so what if my writing trailer wasn’t yet ready. I made my coffee, filled my thermos, bundled up for the cold. The deck was slick with frost. I scuffed across it, down the steep hill, the red-dirt path frozen hard, and onto the gravel road where I’ve set the trailer that will be my new writing home. 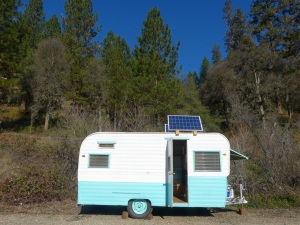 The 1959 Dalton camper-trailer, replete with solar panels (that will some day work!).

Our new home—for living, for my family—contains no place for me to write. So way back in September I bought an old camper-trailer, a 1959 Dalton, and put it down on the creek. Ever since, I’ve been trying to find time to get it in shape: run a line for the propane to the stove, build a rack for the solar panels, wire them to the batteries, fix the busted windows, build some bench seats, install a desk, jack the whole thing up on blocks. Now, a week before the New Year, there’s still a gas leak somewhere and the solar panels aren’t giving me a charge, but god it felt good to sit down, open my computer, pour some coffee into my mug, stare out the hoar-frosted window for a second, listen to the shushing of the creek, and start.

I wrote a sentence. I worked down there for a few hours, and scribbled a lot of ideas in my notebook, and thought through a new story, and, in the end, wrote one single sentence that I will keep. Which was fine. Tomorrow I would get down there again; today, there was still the afternoon. I shut my trailer door, walked back up the red dirt path. For an hour and some I held my baby, let my wife duck out to do a little shopping, and then she was back and it was time to start in on the desperate scramble against dwindling time that is the need to grapple with everything in a writer’s life that exists outside the writing: answering emails, critiquing student manuscripts, taking the trash to town, making a trip to the hardware store for the shelves that still need to go up, to the grocery store for the dinner that I intended to make—though by the time I got back, Jen just wanted me to take the baby. So I did, while she stir-fried the sausage and kale, plated the rice. We spell each other while we eat, her taking him from me when she’s done, me taking him back before his bath, then helping her climb with him into the tub, and, while they’re soaking, coming downstairs to try get a little more done. Today, that meant write this. By far the most writing I’ve done all day. Maybe in a week. Which, like I said, is OK. Because, now that I’ve begun again, I know that, some day soon, the solar will be fixed. I’ll find the propane leak. Cody will begin to sleep a little longer between waking. I’ll start waking at dawn, and not from him, but for this: those days like I know that days can be, when I will sit at the computer for six, seven, eight hours straight, long enough to forget that everything else exists. Those days when, emerging from the writing is like waking a second time. Except now I know this too: this change in my life—three years ago, I would have never guessed I’d ever have a family—means that the second waking will be as sweet as the first when, shutting the trailer door, I’ll climb back up the hill towards my wife, my step-daughter, my son. Up there, the baby’s smile will be a thing starting to happen somewhere inside his being, a first sentence of a story still unformed, not yet ready for the world. But walking up that path to home I know I’ll feel it. I can feel it even now. 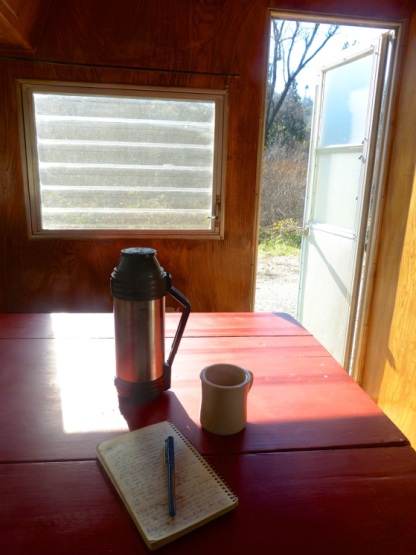 The view from my desk inside the trailer where I’ll write.

—Other Writers in the Series—