Summer Contrary is online with new fiction, essays, and poetry, as well as reviews of these books :

Essays: Otherwise Known as the Human Condition by Geoff Dyer and A Journey with Two Maps by Eaven Boland

Fiction: And Yet They Were Happy by Helen Phillips, You Know When the Men Are Gone by Siobhan Fallon, and The Bird Sisters by Rebecca Rasmussen 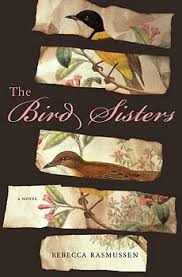 Here’s the beginning of my review of The Bird Sisters:

When they were teenagers, Milly hoped to marry and have children, while Twiss hoped to stand on the Continental Divide and “to be the world’s most interesting spinster.” Rebecca Rasmussen’s debut novel, The Bird Sisters, opens at least half a century later with Milly and Twiss living together in the house where they grew up. Perhaps, as Twiss concludes, they just didn’t want those other things enough.