How We Spend Our Days: Diane Lefer

Annie Dillard wrote, “How we spend our days is, of course, how we spend our lives.” On the first of each month, Catching Days hosts a guest writer in the series, “How We Spend Our Days.” Today, please welcome writer Diane Lefer:

Mountains or coastline? I’m due at Peace Camp 2010 at the Circle X Ranch in the Santa Monica Mountains above Malibu to give a group of high school and college student activists a crash course in street theatre. There’s no direct route. I can drive south, then crosstown, then north up along the Pacific beach, but there’s thick coastal fog this morning. I can go north over the hills, then south again down the windy narrow mountain roads, half-awake first thing in the morning on a single cup of espresso, or else on a main road traversing the canyon and through a tunnel cut in the mountain rock, hoping they did indeed inspect it for safety after yesterday’s earthquake. I opt for the canyon.

I’ve never subscribed to the macho philosophy that if you’re a Writer, you put your ass in the chair every day and write. (I say “macho” because I think men feel more compelled than women to conform to the outward sign that writing actually is a job.) But writing is about life, and life is too valuable and fleeting to be lived only through the written word. Anyway, there are so many other things to do: earn a living, work for social justice, have a personal life, too, goddammit! Still, though I don’t write every day, in the past I have put in my share of 12 or even 14 hours without interruption at the computer screen. These days, even if I wanted to, I can’t.

Several years ago–and this is a warning to all you writers out there–I lost my eyesight for eight months when too much staring at the screen made all the focusing muscles go slack. When I could read, write, and drive again, I began to limit my hours at the screen. This spring, when my right eye started going blurry, I panicked. This time around, the doctor says my muscles are physically fine, but my brain is no longer communicating properly with my right eye. My left eye is good. I limit my hours at the computer. I function.

Mornings start with a hot compress over my eyes. Then a gentle scrub of the inner eyelids with much diluted baby shampoo. Then a shampoo wash on the outside followed by artificial tears. Because I won’t be home till late, I add the exercises which usually

wait till late in the day. I hope Desi, the best cat in the world (or at least in this apartment), won’t be too impatient as this departure from routine will delay the brushing she gets every morning.

First a warm-up with a card that features green and orange squares that I have to make join up again just by looking at them. Next, with 3-D glasses, I turn on a computer program that shows me red and blue squares that I have to overlap until a 3-D object pops out for me to click. When I visit the doctor’s office, I get to look at doubled images: Bo Peep has a sheep only on one side of the screen, her staff only on the other; Ole King Cole has a pipe on the right side and a bowl on the left; Humpty Dumpty is sometimes missing his hat and sometimes his cane. I have to merge the images by thinking them. Sometimes it actually happens. I’m hoping the doctor can teach me to bend spoons with my mind and then I can take the show on the road.

I think well on the road. So with two hours stretching before me en route to the ranch, maybe I can unravel a problem I’m having with the novel I’m just starting. But maybe I should rehearse the lines of the piece I’m going to perform. Turning some of my fiction into performance pieces is one of the ways I’ve found to be creative away from the computer. For today, I’ve adapted a story to demonstrate how art can be used to stimulate discussion of issues. The piece is also designed to explore whether these kids suffer from a common activist affliction: confident when standing up for someone else, embarrassed or silenced when they need to speak up for themselves.

Maybe I should just enjoy the scenery and let my mind go blank. Blank is what allows new ideas to surface. It can make the difference between carefully crafting what you already know and gaining access to something wholly unexpected. Alas, the only idea I gain today is how I can solve a costume-change problem simply by removing shoelaces in advance from my black running shoes so I can switch in full view of the audience from Guantánamo jumpsuit, hood, and handcuffs to human rights t-shirt to high heels with cocktail party dress.

At last, I’m headed down a long steep dirt road. Then, a cluster of tents, adult mentors, and sixteen young people–male and female, mostly it seems Latino, and ranging from a sophisticated Berkeley student to a young lady who explains the deteriorating quality of her favorite music (techno) is due to interference by the federal government. They’ve been making tie-dyed t-shirts and I smile to hear them regret they were born too late to be hippies or beatniks. They are all part of a movement in Southern California that has already won significant victories. When budget cuts threatened phys. ed. programs in the public schools, the military stepped in to provide free Jr. ROTC programs–especially in low-income neighborhoods. While military training is still an option, it can no longer be required. Firing ranges are being removed from school property. I listen as they brainstorm on means other than war that might help women in Afghanistan.

I’m here to suggest theatre, imagination, creativity as additions to the activist toolbox. After my performance and some initial exercises and reactions, we play a theatre game in which half the group becomes God and half are inanimate lumps who have to be brought to life and controlled. Then they switch roles and we can talk about power and the pros and cons of being leader and of being follower. Did any of them look around to see if someone else’s God was better? No. So we talk about how hard it can be to stay aware of alternatives when your attention is fixed on a single idea–something progressives need to guard against as much as anyone else. We make music on improvised instruments: empty coffee cans hit rhythmically with chopsticks, plastic jugs, shakers, whistles made from plastic straws. We do some quick improvisations: protesters in chains; a judge wearing a wig made from a mop and wielding a gavel made from a cardboard cylinder topped with a roll of toilet paper; a young soldier following a seductive beat. I explain “invisible theatre” in which a scripted incident is played out in a public place as though it’s real life in order to get bystanders engaged in conversation. Today two girls create a scene in which they walk affectionately arm in arm through what they tell us is a shopping mall. Their accomplices then approach kids who play unsuspecting shoppers and get their reactions in order to open up conversation about homophobia and gay marriage.

We try a brief scene in which one person is rude and mean to another and we play it over and over again to see how many different responses are available to the “victim.” Then I ask one of the kids who had just played the mean girl to explain to her best friend how she’d just behaved. She brags about her bad behavior. Then I ask her to imagine telling a therapist. She tells the story deadpan and when pressed, only says she had her period and was in a bad mood. Next, she has to go home and tell her cat. Now, she admits doing wrong and feeling bad. We notice that the cat doesn’t judge her.

One of the kids tells about a boy who horrified the members of the high school Peace Club when he showed up one day to say killing was part of human nature, people have always killed and he’s looking forward to going to Afghanistan so he can have his chance. It’s just as important for activists as for fiction writers to be able to imagine their way into someone else’s experience. One girl agrees to portray the boy–“I really felt like him,” she says later. “Man, that was hard!”–as we try exercises aimed at seeing him as a whole human being. Kids take turns engaging him in conversation, trying to see if they can connect on a human level and what approach will make him most willing to open himself to other points of view.

The sun has come out. I should release them from the workshop and let them hike the trails that wind through this mountain canyon. Unless you know the world is beautiful, why would you bother to save it? And me, I should rethread the laces of my shoes and go with them. But for a while no one gets up. We sit under a blue tarp that rustles in the wind and we talk about the world that is and the world we dream. 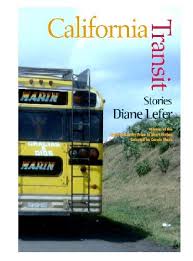 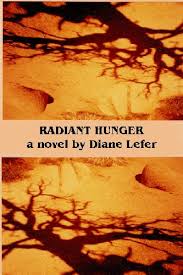 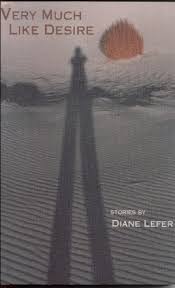